The Solent 2015 - RaceAreaAnalyzer is a tool to optimize your sailing tactics in the Solent. This unique high professional software is based on the... 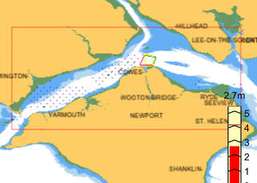 FromIngo Bll von der Burchard:The Solent 2015 - RaceAreaAnalyzer is a tool to optimize your sailing tactics in the Solent. This unique high professional software is based on the Olympic sailing software used by several teams in Weymouth 2012 and Rio 2016 as well. It is now also available for more than 680 boat classes racing on The Solent.RaceAreaAnalyzer comes with a lot of interesting features:- 2015 tidal currents and eddy currents for the Solent- Precise best course routing beat, run and reach- More than 680 polar diagrams for racing yachts- All Solent racing marks including Cowes Week- Additional two movable marks- Waypoint management and multiple tracks- Various tactical information such as gains and losses on best courses and laylines, VMG on course, attack angles in currents, compass course to top-mark on final track, windshift by currents, best gybe angle and more.Please note that RaceAreaAnalyzer is also available in more comprehensive versions on MacOS ans Windows

Race Area Analyzer Weymouth is a tool to optimize your sailing tactics in the waters around Weymouth. This unique high professional software is...

Looking for the best Essential Oil?

The new FUT 18 Draft Simulator by PacyBits is here, and our best game has gotten even better.

Prism is the worlds most advanced horse racing management portal, enabling trainers, staff, syndicators, agisting and stud farms and owners to all...